I used to run track in high school and have continued to run periodically since then, primarily on treadmills due to weather constraints. In summer of 2010, I was running on a treadmill as usual when I first noticed a slight pain with each flexion of my left knee. I thought maybe I had pulled a muscle, so I stopped running to rest. A few days later on the treadmill, the exact same thing happened again. About 1 mile into the run, a very sharp pain set in quickly along the lateral aspect of my left knee. Each knee flexion caused severe pain, and I was unable to run through it.

I went to see a local orthopedist who referred me for an MRI, and as expected, everything was normal given that I had experienced no overt trauma. Based on my descriptions, my physician felt that it was likely iliotibial (IT) band syndrome, which he said was common in runners. He referred me to see a local physical therapist, but for some reason I just could not get back to running more than a few miles without the same pain setting in... and at one point I started to think that maybe long-distance running just was not in my future. It was extremely frustrating to know that nothing was wrong anatomically, but yet the pain never went away no matter how hard I worked.

After 3 rounds of PT and steroid injections in my left knee, I started PT with a local therapist and later transitioned to working with Julie Khan at HSS when I moved back to NYC in July 2015. After 5 years of struggling with IT band syndrome, I finally had a breakthrough while working with them. From them, I learned that my running form was completely off. My cadence was way too low and causing me to over-stride. My core was too weak, causing extreme muscle imbalance and overcompensation in muscle groups that predisposed me to injury. I learned that being a runner was much more than just putting the miles in each week.

I have been working with Julie since fall of 2015 after being given her name by a friend who said that she specialized in working with runners. She helped design a PT program tailored to my weaknesses, and slowly we worked on building up my mileage. I also completed a RUNFIT 101 workshop with Pamela Geisel, who helped to further strengthen the core concepts and exercises needed to keep runners healthy. One of my proudest days was completing the 2017 TCS NYC Marathon on November 5, 2017, with my hospital's charity team, Fred's Team. In addition to raising over $5000 for cancer research, I ran the entire 26.2 miles without any recurrence of my old IT band pain that had plagued me for years. To follow-up that effort, I recently ran the 2018 United Airlines Half-Marathon and again walked away from the race without any injuries. Back in 2010 when I first became injured, I could not have imagined that I could be running these distances without any pain.

After many years of hard work, I am very happy to be back in the game thanks to Julie and the team at HSS. Until my next running adventure! 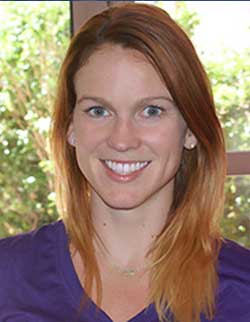