Thomas was 12 when he came off the field and said he could not go back into the football game. I knew this was a big issue because Thomas NEVER took himself out of the game. We saw the pediatrician who told us it was Osgood Schlatter Disease of his left knee, but Thomas did not get better. He was found to have an atypical Osteochondritis. Shortly after finding this it was stabilized surgically. However, long, long story short, Thomas never progressed to full use of his knee. We got a second opinion and was told the only option for Thomas was to have an Allograft. As his mom I searched for the best place to have this and found HSS and Dr. Wickiewicz. Thomas had an osteotomy in December 2014 and his Allograft in June 2015. Thomas was back to playing and working out by November 2015. He made tremendous progress due to the amazing team at HSS. He is truly back in the game due the outstanding care he received from Dr. Wickiewicz and the HSS team. 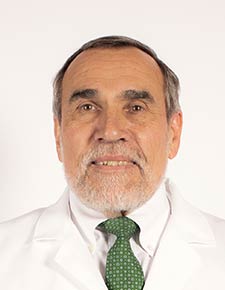