I was ski racing over spring break in Colorado and I was off to a great start out of the gate until I cut a turn too quickly and crashed into the barrier. I had broken my leg the year before, also skiing, but this time it was my knee. I was diagnosed with a tibial avulsion fracture, which required arthroscopic knee surgery. I was devastated because not only would I be off my travel soccer and basketball teams for another season, I would not be able to play the other sports I love: tennis and golf.

I had another immediate concern. I was supposed to go on a meteorite hunt to the Sahara Desert with a group of scientists and geologists. As an amateur astronomer, eclipse chaser and meteorite hunter, it was a trip I had dreamed about for years. And since I was 11 years old at the time, it was a great privilege and honor to be included in this expedition. I was heartbroken at the thought of missing it.

The first time I met Dr. Fabricant at HSS, I was so impressed by how smart and knowledgeable he was about my particular knee injury. He was also super nice and cool and I felt at ease immediately. He showed me a model of a knee and explained my injury in detail on my MRI. He was so clear, I remember thinking he must be a great teacher too.

I had the surgery the next day and when I arrived at the hospital, I was greeted by Kim Gist, who gave me a treat bag filled with useful stuff I still have today. All the nurses and attendants were so friendly and fun, I almost forgot I was there for surgery. When I saw Dr. Fabricant, I was suddenly nervous and all kinds of scary thoughts raced through my mind. Luckily, the anesthesia set in and I was out.

It was the best sleep I ever had and when I woke up in the recovery room, my mom was there smiling. The surgery was a big success.

After a few weeks, I began physical therapy with Joe Molony, who coordinates the HSS Young Athletes Program. He’s the best and knows everything about kids in sports. I had one thing on my mind; would I be able to go on the meteorite hunt? Joe is so supportive and encouraging. He was hopeful if I worked very hard, my knee would be stable enough to make the trip.

When I had a follow up visit with Dr. Fabricant, my knee was in great shape, but he worried about the inherent risks involved in any international travel, let alone the Sahara Desert. Reassured that I would have wheelchair service at the airports, and access to a 4x4 in the desert, and the desert’s surface itself is flat and gravelly hard, he cleared me to go. And no camel rides he advised and joked I may be at greater risk at my all boys’ school.

Apart from a small hitch - TSA broke one of my crutches in the x-ray machine - we met the group in Marrakech and made our way to Zagora, the entrance to the Sahara Desert. It was an unforgettable trip where I found my first meteorite. When I returned back to school, someone ran into me and broke my knee brace. Dr. Fabricant was right, the Sahara Desert is safer than my school!

Back in physical therapy at HSS, I noticed someone using a tourniquet while exercising. Joe explained to me it was BFR, a blood flow restriction device, and he told me in great detail the benefits and how it works. It gave me the idea to use BFR in Genes In Space, a national science competition I was applying to in which kids in grades 7-12 propose DNA experiments to be done on the International Space Center. Dr. Fabricant and Joe agreed to be my sponsors and they have been the most awesome mentors.

I finished physical therapy at the beginning of the year, and I am actually stronger than I was before. We just got back home from skiing during spring break in Colorado with no injuries. Looking back, it was a monumental setback for me to break my leg and then injure my knee in two consecutive years, and I had to work so hard to get back, but so many amazing and unexpected things happened to me in those two years. For example, I won the middle school prize in the Genes in Space contest!

I was recently asked, given what I know now about the struggle and pain I had to go through with my injuries, would I go all out in a ski race again to win that medal… ABSOLUTELY! I’m going for it every time! 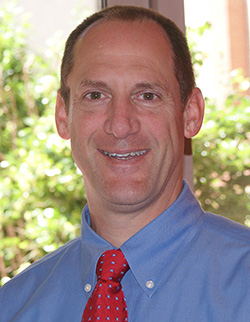