I was referred to Aviva Wolff by Dr. Michelle Carlson for additional hand therapy to treat persistent and lingering functional limitations to the hand and fingers following wrist fracture. Before consulting Dr. Carlson, I had previously undergone surgery to fix the fracture at another hospital (not HSS) and had received physical and occupational therapy for the wrist and hand at other therapy offices before coming to the Hand and Upper Extremity Therapy Center at HSS. Although basic function of the hand and fingers had been restored, I found that I continued to have difficulty straightening and splaying the fingers, manipulating small or thin materials, all of which were necessary to carrying out my daily office tasks as an attorney. A relative of mine who is a medical doctor suggested that I find a therapist who treats musicians and this is how Dr. Carlson came to recommend Aviva to me.

Following an initial evaluation, and despite the fact that my wrist fracture and surgery had occurred over a year ago, Aviva believed that further functional gains could be achieved with targeted therapy. Aviva is a good listener and she heard that I was not merely complaining, but expressing frustration with still being impaired in performing simple, routine desk activities. She appreciated that I would dedicate myself to cooperating in a therapy regimen in order to improve flexibility and dexterity. Through a series of focused in-office and home exercises, with and without therapy aides, as well as by manipulation, casting and splinting of fingers which remained crooked at the middle joint, I began to realize subtle, but meaningful improvement. As funny as it may sound, it was a significant victory to be able, once again, to shuffle together the pages of a document into a neat stack without having the pages fall onto the desk surface in a heap.

My experience with Aviva demonstrates that rehabilitation is an ongoing process worth pursuing beyond whatever time period is typically considered to be the outer limit for seeing improvement for a given injury. 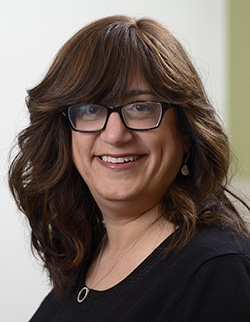