I grew up along the Jersey Shore enjoying water sports and anything involving motion and speed, like most kids. As I reached college in 1982 I found snowboarding, in it's earliest days. As I got older and raised a family, living near the coast in NJ, surfing was my adrenaline of choice. Me and my friends preferred winter surfing over traveling to the mountains for the snowboarding trips.

I started making wide turns trying to control my speed by going rail to rail instead of sliding sideways down the mountain. About 30 turns into the run I caught the front toe side of the snowboard in a pretty fast turn and slammed into the trail. I sat up and had little to no pain, but I did have a third degree shoulder separation with complete tear of the cartilage.

When I returned home, I looked into having the work done by an orthopedic in New Jersey as that was my base of operation at the time. The surgeon recommended reconstructive surgery. I was ready to go, but wanted a second opinion. The second doctor recommended no surgery, but rather preferred Physical Therapy to strengthen the joint.

I had a change in life and moved to NYC and found myself needing to find new doctors. I also had just signed up for NY State of Health healthcare. After meeting my new PCP, I found Dr. Moira McCarthy through the research networks available through the NY SOH and Emblem Healthcare websites. I learned that I could go to one of the best hospitals in the world for a sports-related injury, and be seen by one of the best orthopedic surgeons in the world, specializing in shoulders, and it was all IN NETWORK!

I was clearly excited about getting the surgery done.

Then I met Dr. McCarthy and her team. She's smart and makes you feel as though you're with the best because of her calm but focused demeanor. After a thorough examination, she explained everything that was going to happen. Before and after the surgery, we looked at the x-rays together and compared them. It is interesting to see what's been done and the progress through the healing phase.

The day of surgery, March 6th, was a little overwhelming for me as it was my first time going under the knife as an adult. It was smooth, everyone moved with efficiency and complete understanding of what there role was. I was blown away. When I woke up in recovery, the staff was very comforting and was very much on top of my status until I was able to be checked out.

My ongoing physical therapy is the key to the successful return and getting back into MY game. Julie Kahn, aka "Chaka Khan," has been great at helping keep my "drive to get it done" in my back pocket and stay focused on the proper healing methods and motions. I felt the entire shoulder stabilize by around week 10.

Dr. McCarthy gave me great news at the 12 week mark, my shoulder recovery was basically complete and the repair was as strong as ever. That was June 3rd. On June 6th, my friends and I met at our favorite surf break in Bay Head, NJ and surfed for a couple of hours. The waves were small, but I paddled strongly, and it felt great to be back out after what seemed to be an eternity away.

I felt very good about my decision to go to Hospital for Special Surgery.

For all of those reasons and so many more, I would highly recommend HSS to anyone. You're at the best hospital, in the greatest city, being cared for by some of the best minds in their fields. What more could any patient ask for? 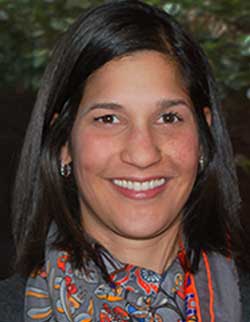