I was referred to Dr. Stephen Massimi by Dr. Daphne Scott, who I was seeing for a knee condition. After experiencing an injury to my lower right leg while shopping, I began to feel a pain in my left hip. Dr. Massimi confirmed that I had arthritis (bone on bone) after reviewing x-rays and referred me to an orthopedic surgeon. He immediately sent me to his receptionist to schedule surgery. My surgery was initially scheduled for August 2018. However, I decided to put the surgery off because I was not experiencing any pain after my cortisone injection. Unfortunately, the cortisone wore off and by the middle of October 2018, I was having severe pain again. This is when I reached out to my surgeon's office to see if I could schedule the surgery as soon as possible. My surgery was scheduled for the NYC location on November 8, 2018.

On the day of my surgery, my surgeon was very upbeat and when I saw him. He was dressed up in a suit which I commented on. He told me that he had had a meeting that morning. My surgery went very well. My surgeon did a great job. I was not in any unusual pain after the surgery and I was able to get up to use the bathroom. By the end of the day, I was asking if someone could help me get up to walk. I wanted to get well as soon as possible. The night shift helped me to walk. I was able to walk all the way down the hall, cross over to the other hall, and walk back to my room. I was making plans to go home the next day.

The next morning I had my physical therapy where I was taught how to go up and down stairs. I then walked down the hall again, crossed over to the other hall, and then walk back to my room with the nurse. I was walking on my own except with a cane. After that, I knew that I would go home.

When I got home, I immediately went up the stairs to my room and then I came back down the stairs to eat dinner. After dinner, I walked up and down the stairs a couple of times before retiring to bed. The next day, I went down the stairs to let the physical therapist and nurse in. I was in a little pain; but, not excruciating pain. By Sunday, 2 days after I was released from the hospital, I was not using my cane. A different physical therapist came on Tuesday following my surgery and after I opened the door to let her in and walked away, she asked me if I was "Shirley Grimmett" and if I had just had surgery. I stated yes. The nurse who came was also surprised at how well I was doing. I was walking up and down the stairs with no problems using the method that I had been taught. They both commented on how well my surgery scar looked.

I was scheduled for my followed up on Wednesday, November 21st which would have been a day before 2 weeks after my surgery. However, I had made plane reservations to go see my daughter for Thanksgiving who lives in Charleston, SC for that day. So, I had to reschedule my appointment. But, on the 21st, I was boarding an airplane to go visit my daughter a day before 2 weeks from my surgery. While in Charleston, I was able to stop taking the strong pain medication and was only relying on anti-inflammatory medication. I stayed in Charleston until Monday, November 26th and then flew back home. Friends of my daughter in Charleston could not believe that I had just had total hip replacement surgery. Also, the evening before boarding the plane to Charleston, I went to choir rehearsal at my church and no one had expected to see me walk in. Everyone clapped for me. Others at my church who have had similar surgery couldn't believe that I am up and getting about as well as I am. On Sunday, December 9th, we had to dress in black and white for our Christmas concert program. I participated in the concert and wore heels for the first time since my surgery. It is a little difficult getting up from a seating position that is low. To help out, one of my fellow choir members placed two bench cushions down for me to sit on that helps a lot.

I am so happy that I had the surgery and I thank my surgeon for everything that he did. He used the anterior approach for my surgery and I believe that this method aided in reducing some of the pain for me and has made the surgery easier to live with. The only discomfort that I feel right now is a little stiffness which will go away in time. 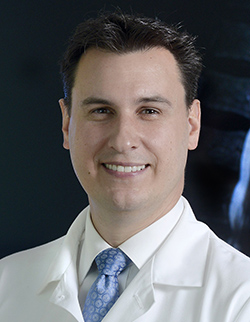