Senior year in high school for Ryan was sure to be an exciting one! A Varsity starter for an undefeated NJ football team and a key player on the Varsity basketball team. With a 4.0 GPA, Ryan was all set for his final year in high school. But during the first weeks of football preseason, Ryan collided with a teammate, fracturing a bone in his right hand. After rushing him to a walk-in urgent care for an x-ray, the doctor consoled him saying “your season is over before it even started”. It was a Thursday night and it was one of the few times I saw Ryan get emotional. He looked defeated. The next morning I called HSS. My mom had both hips replaced and a knee replaced by Dr Mark Figgie. I knew if Ryan was going to see the field his senior year that HSS was my best shot. I called the central number and was immediately put through to Dr Fufa’s office. Although she was out of town, they assured me that a resident doctor could evaluate Ryan for Dr. Fufa and get the ball rolling should he need surgery. Dr. Fu (Chief Resident) told us Ryan had a “boxer's fracture” and would need surgery for the hand to heal properly. By chance there was a cancellation and the surgery was scheduled 4 days later. This Saturday, just 30 days after surgery Ryan will play football! With a special “club cast” in place for 2 games, he was cleared to play without restriction. We are so thankful to the HSS team for getting Ryan back to his team! HSS is simply the best in orthopedics! 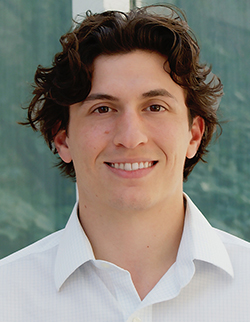