In August 2018 I slipped and fell off a 30-40ft cliff while hiking back from rock climbing, fracturing my right knee and left hand in multiple places (both in multiple places). The bones were able to heal without surgery, but the scar tissue that formed in my knee only allowed it to bend to around 40 degrees of flexion. Dr. DiFelice was able to perform an arthroscopy to clean out all the scar tissue, instantly allowing my knee to bend to around 100 degrees. Now, months later, I'm able to bend my knee to 130+ degrees (and still improving), I'm climbing harder than I was before the injury, and I've recently become a certified guide in the American Mountain Guide Association, which had been a dream of mine for several years.

I'm extremely thankful for Dr. DiFelice's skill and expertise that led to the procedure's success, but I also appreciated his personable care outside of the operating room. After honestly discussing expectations for my knee, he would always end by reminding me of what improvements were still possible, as opposed to focusing on what limitations I could end up with.

HUGE thanks to Dr. DiFelice and his team, Dr. Ricci, and to HSS as a whole! 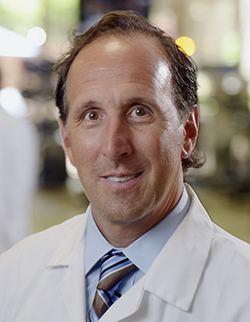