My knee story spans several decades. It started on Christmas Eve 1986 at the age of 12 when I slipped and twisted my knee, resulting in a torn LCL, MCL and a partially torn ACL. I was given a pair of crutches, a subsequent brace and sent on my way. I attempted to play football in junior high school but my knee wasn’t stable enough. I attempted wrestling in high school, but my knee would frequently lock up. Upon graduation from high school, college and two police academies later, my knee began to significantly deteriorate over time.

I started to experience persistent locking and pain in 2004 (due to a piece of bone/cartilage that fractured from the weightbearing surface of my lateral femoral condyle). In January 2005, I had a failed debridement and microfracture surgery, which stopped my knee from locking up, but I was still in constant pain. I was told that the only possible outcome was to have a partial knee replacement for which I was too young (at the age of 31) so I had to “deal with it” until I was 60. In 2005, I had another surgery which was a complete failure. In 2006, I found another surgeon who performed a highly successful autograft OATS procedure to repair the lateral femoral condyle (which gave me over 10 great years of being highly active in a physically demanding law enforcement career).

I began having persistent pain over the last several years (which progressed to me feeling, at best, like an ice pick was being twisted inside of my knee joint 24 hours a day). I sought advice from a local surgeon who diagnosed that my pain was from an irritated nerve and to ignore it and just keep doing what I am doing (CrossFit, etc.). As my knee progressively deteriorated, I sought a second opinion from another surgeon who determined that the OATS plug likely disintegrated over time with adjacent damage and that my next step would be a partial knee replacement at 47 years old. Thankfully, my wife is in the medical field and noted to poor quality of the MRI image that the aforementioned two surgeons relied on.

I then did some research and found the AMAZING Dr. Andreas Gomoll from Hospital for Special Surgery. I chose Dr. Gomoll because he specializes in cartilage disorders of the knee, joint preservation and sports medicine. Knees are Dr. Gomoll’s specialty (not knees along with ankle, hips, feet, JUST KNEES!). I essentially went to my “third opinion” appointment with Dr. Gomoll looking for reassurance that I should go ahead with the partial knee replacement (even though I would likely wear it out rather quickly if I persisted with my active lifestyle). The minute I met Dr. Gomoll, I knew that I was not going to put my knee, health, lifestyle and career in the hands of anyone but him. He asked me about my knee history and what my goals were in addition to performing a thorough physical examination of my knee. He looked at the previous (poor) MRI studies and ordered an HSS 3D sequence “cube” MRI to generate a 3-D image of my knee. He determined that flaps of cartilage had torn adjacent to my previous OATS plug which further shredded my anterior meniscus. In May of 2021, Dr. Gomoll performed an Osteochondral Allograft (OCA) procedure to transplant two large grafts of cadaver bone/cartilage into the damaged areas of my knee in addition to repairing the damaged area of my lateral meniscus. Although the recovery was not easy (6 weeks of non-weight bearing and an intensive/extended physical therapy program), I am completely pain free at 6 months post surgery. My recovery is still far from over as I am still gaining back strength which I lost, however, I can do things now that I haven’t been able to do in years. I just completely rebuilt a retaining wall in my yard which involved moving 16 tons of earth and stone via a wheelbarrow. ZERO PAIN. I couldn’t walk to the mailbox without pain a year ago. Dr. Gomoll didn’t just fix my knee, he gave me my life back. I gained 20 lbs. over the past year to to my inactivity; I was able to lose it in the past 2 months. My blood pressure is back to normal. My mood is better. I can actually sleep with trying to ignore the feeling of an ice pick being twisted in my knee.

Dr. Gomoll isn’t just a doctor who treats an injury or condition; he treats the whole patient. At 47 years old, I was in what I like to call “limbo” or the “gray area” of a person that is too young for knee replacement surgery but likely too old for cartilage preservation procedures. Dr. Gomoll listened to me, took my goals into account and was able to understand that I was willing to put forth the rehabilitation effort on my end. He laid out all of my potential options and we made the decision for the OCA surgery, TOGETHER. Dr. Gomoll treated me as as an equal in the decision process of how to proceed with my knee.

Dr. Gomoll is not just a highly skilled and gifted surgeon with hands of gold; he is also a kind and down to earth human being who treated his patients with respect and dignity. I never felt rushed at any pre or post-op appointment. Anytime I had a question or concern, it was easy to speak with him on the phone or via a virtual visit. I also have to commend his responsive staff, athletic trainer Angel Montanez and physician assistant Michael Adashev. Dr. Gomoll’s office staff are also friendly and accommodating and always extremely helpful. The operating room staff at HSS were also amazing. Everyone made sure I was comfortable from the check-in staff, to the anesthesiologist, the operating room nurses and the post-op nurses. I also have to give a shout out to my physical therapist, Sarah Andrus (HSS Westchester) who developed and oversaw my CUSTOM TAILORED rehabilitation program.

Due to the nature of my condition, I am likely destined to have a partial and/or total knee replacement at some point in my life. Dr. Gomoll is the reason why a knee replacement has been indefinitely postponed. If and when that day comes, I will travel countless miles to have Dr. Gomoll continue to keep me in the game. 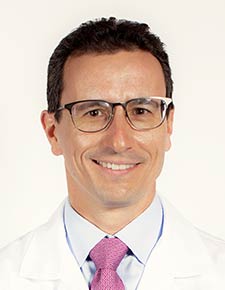 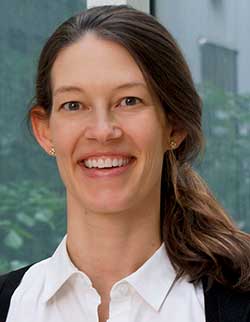