My son was born on Nov 2, 2011 with talipes equinovarus, or "club foot", only on the right. He was seeing a doctor at Schneider's Children Hospital since birth. At 1 week old he had an Achilles lengthening and immediately started the casting treatment. At one month, the cast came off and started the treatment with Ponseti shoes, which he wore only at night until the age of two. Michael's foot started to relapse back, and he went for his first tendon transfer 2 months before his 3rd birthday (Sept. 30 2014), which put him in a cast for 8 weeks and was taken out of preschool being he was a "liability" after cast removed. We then started physical therapy at home for 6 weeks.

Although we thought he was doing OK, his foot was still relapsing. His original orthopedic surgeon said that the transfer tendon pulled out and Michael needed to have the tendon transfer done again - this time with a button which is placed on bottom of his foot so the tendon doesn't pull out again. The date was set for Michael to go again to Schneider's on Aug. 18, 2015 to have a 2nd tendon transfer - not happy. After surgery, he wore a cast for 2 months. In Oct. 2015, the cast and button from the bottom of Michael's foot are removed and upon removal, his foot still looked very crooked. His doctor said that all was good and to start physical therapy again in a few weeks, adding electric shock therapy later on. Michael also needed a plastic device in his shoe to keep it straight during the day. By Spring/Summer 2016, his foot was still not corrected. Michael fell all the time had poor balance and we all started to lose hope. Mid June 2016, we went back to his original surgeon once again only to be told after ALL of that tendon must have pulled out for 3rd time! He wanted to open up foot again and to retry surgery. I told him I had been given a name of Dr. Scher at HSS and would give him a try.

On July 18, 2016, we met Dr. Scher! During our first visit, he explained to us that Michael's tendon was still in tact! Dr. Scher wasn't concerned with the tendon at this point. Dr. Scher explained the importance of re-aligning his joints and getting foot in better position. He also explained that Michael might eventually need bone expansion surgery, but wanted to try casting treatment for 3-4 months just like he had when he was a baby. July 2016 Michael was casted at HSS every two weeks - we would come from LI to have it changed. For three and a half months in a cast, he never complained and finally we SAW and heard the good news we waited so long for. Michael's foot responded well to the casting treatment and would no longer need a cast and now he will wear Ponseti shoes only at night. His foot looked straighter than we'd ever seen it after 3 1/2 months of casting! It was completely different from all the years we have been treating this foot elsewhere.

Michael's spirit has returned and he is back to being his energetic happy go lucky self. He never complained once through his club foot journey. As a mother I'm so happy my sister gave me Dr. Scher's name and he & his staff have been top notch. Dr. Scher explained all options in a very supportive warm manner. To my family he is our real life hero and he single-handedly fixed my son's foot after years of trying elsewhere. So grateful for Dr. Scher and his amazing staff. 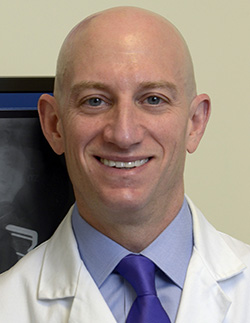