My journey started in 2015. I was having severe joint pain with very bad fatigue in the afternoons, causing me to lie down for a couple of hours. After some blood work I was told I needed to see a rheumatologist. I chose HSS, after several visits and adjustments to medication I started to feel about 60% better.

In 2016, my doctor was leaving HSS and he referred me to Dr. Lally. She said right away that she thought I could be doing better. She diagnosed me as having seronegative rheumatoid arthritis. At first, She prescribed Humira twice a month , but we did not see much improvement. She then said we should try Enbrel once a week. That was the solution for me as I feel about 90% better than I did back in 2015. Dr. Lally has been my rheumatologist for over 6 years now and I could not be happier with her! I would recommend her to anyone! She has given me great referrals for other doctors that I have needed.

In 2017 when back pain became an issue, Dr. Lally referred me to HSS. I was diagnosed with spinal stenosis and received radiofrequency denervation on my facet joints. It was very effective for 3 years.

In March 2020, at the beginning of the pandemic ,the pain returned. As the pain got progressively worse, I received a cortisone shot that, for a short period of time, seemed to have done the trick. Fast forward to the spring of 2021, the pain was back and numerous cortisone shots weren’t giving me any relief. The pain was not only in my low back now but also in my leg. I wasn't able to do the things I really enjoy like taking my boat out to go fishing or even walking the dog. I couldn’t walk a mere quarter of a mile without having to bend over numerous times to relieve the pain.

In November 2021, after consulting with my HSS rheumatologist Dr. Lindsay Lally, I was referred to Dr. James Dowdell. I was provided additional x-rays, diagnostic testing and a very specific L5-S1 cortisone injection. While this provided temporary relief, the pain was back a few weeks later.

Dr. Dowdell explained to me that I was a prime candidate for a procedure called Anterior Lumbar Interbody Fusion (ALIF) surgery for the L5-S1 disc. At this point I was at wits end so the surgery was scheduled for the end of January.

After my wife dropped me off at the hospital and turned around to go home due to COVID-19 restrictions, I was brought up to the surgical floor. The staff here was very attentive and made sure I was not only comfortable but at ease.

My wife later told me it was just under 3 hours from start to finish and that Dr Dowdell called personally to give her an update. I was in the hospital overnight and he came to check on me 3 times. Such great care by him and the entire staff.

As for Dr. Lally, she reached out to me after the surgery to see how I was doing as she knew my concerns about the surgery. She would have visited but I was discharged after only one day!

Now, 4 months later, I am exercising 2 hours per day and am able to walk pain free for as many miles as I wish. I’m also back out on the boat again with my trusty first mate! I have both Dr. Lally and Dr. Dowdell to thank! 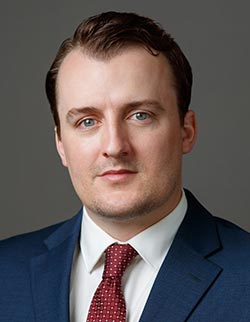