Entering Dr Fragomen’s office, one is struck by the number of people with a myriad of orthopedic devices and conditions which were being treated in this office; external fixators (which I had for 11 months), casts, crutches, walkers, wheelchairs, amputees, etc.

There was one difference which set me apart from most of the other patients: as we all shared our stories of how we ended up like this, most arrived in this practice after several failed attempts at success with other doctors. Now that they were here, they felt they would be healed. This accounting of my experience follows 17 months and 5 surgeries.

I suffered what seemed like a routine household injury. It started when I was putting something up on a shelf in a closet standing on a metal step stool and seconds later, all I could see was a pool of blood and my foot turned upside down.

Here is where I started to get lucky: I was taken to the ER at Weill Cornell/NY Presbyterian hospital, where I went into shock and was given medications to sedate me. My two daughters, one a resident at a local hospital and the other an executive and a mother, met me there. My daughters expected to be told I sprained or broke my ankle. The reality was my ankle was so severely shattered that treatment needed to be thought through and discussed. Here is why I was lucky - the orthopedic surgeons at Weill Cornell are doctors from Hospital for Special Surgery! I state in the strongest terms possible - there is no place like HSS!!!

The day following my injury I was operated on by the on call orthopedic surgeon who set my leg from ankle to knee in a device called an external fixator. I had never heard this term before but it became part of my daily vocabulary soon after. Following the initial surgery I was visited by members of the trauma team who kept asking how I sustained such a severe injury by falling off a low step stool and I continued to explain that I was mangled by a metal step stool. The doctors explained that my injury was extremely severe, the skin was deeply cut and they needed to wait approximately two weeks for the swelling to subside before they could go in and see how to proceed. They were going to discuss my case at their weekly department meeting. I questioned how, in a hospital like HSS, my case could be so difficult and intriguing as to be discussed at their meeting. I said to the doctors you take care of athletes and members of the military surely they have more severe injuries than I, and they responded that they are 20 years old (I was 64). At that point I realized I better get recommendations of orthopedic surgeons since it looked like I was going to need them.

Following the department meeting, Dr. David Wellman, orthopedic trauma surgeon, agreed to take my case. He explained that he wanted to go in and take a look and wanted to bring Dr. Austin Fragomen in as well because my best chance for recovery might well be this external fixator, which Dr. Fragomen is known for.

Just prior to the surgery (#2) they brought in a plastic surgeon who used a technique to ascertain if there was enough blood flow to my leg to perform the surgery. Fortunately there was and they marked where to go into my ankle since the wound was so large and deep.

When I awoke from the surgery, I had an even larger external fixator on my leg. I was told this would have to stay on for several months, no weightbearing and ultimately (it turned out to be 5 months later) I would have to have ankle fusion. From this point on, Dr. Austin Fragomen was my doctor. Dr. Fragomen is an absolute gem and a rarity! He is a brilliant doctor who clearly is a trailblazer as well as an acknowledged expert in his field but he is also one of the kindest, most down-to-earth and empathetic doctors one could have the privilege of being treated by. Dr. Fragomen is approachable, always reachable and responsive, reassuring and spot-on in terms of what to expect, timelines and ultimate outcomes.

It is no secret that I had a hard time believing I would ever walk again. It has been a long road as it is now 17 months since my accident but my ankle is fused, I am in shoes (or sneakers) and walking on my own two feet. For months I would say to Dr. Fragomen as he apologized for how long the recuperation process is, "I'm OK with it taking time but can you promise me I will walk and drive again?" He confidently said yes I will. I was not so confident that I would do either or that I would not lose my foot.

The timeline Dr. Fragomen set for me once the ankle was fused only met with a minor setback. The fusion was moving slowly and he recommended bone graft. I was certain my ankle would never fuse and I would lose my foot. Full fusion was accomplished six weeks later!

To go through a traumatic injury and have a doctor available who you can speak to, discuss fears and hopes with and knowing this doctor, as humble as he is, is a leader in his field is what made me confident I would come through this and do all the things the Doctor assured me I would.

Seventeen months later; I am walking back and forth to PT at HSS twice a week (20 blocks), climbing stairs, taking city buses , driving and able to babysit my 2 year old granddaughter. Many said my spirits were very good during this ordeal, that was because I knew I had something I was going to recover from and that was because I had a doctor who I trusted and believed when he said I would in fact recover.

When you walk through the halls of HSS you see many posters with stories under the heading Back In the Game! Never before have these words held such meaning for me. In addition to the incredible professional expertise and personal humility and humanity of Dr. Fragomen, I would be remiss if I didn’t share these accolades with his office staff especially his nurse, Erica Lenihan, as well as Kathy and Hennessy.

A note regarding HSS: This hospital runs like a well-oiled machine. From pre-op appointments to surgical check-ins, to recovery room staff and floor nurses and attendants, the care and patient experience is incomparable.

I am now returning to HSS twice a week for PT and that department runs equally efficiently. With regard to PT - a shout out to Tamara Jacobs who is truly wonderful in helping through this part of my journey. 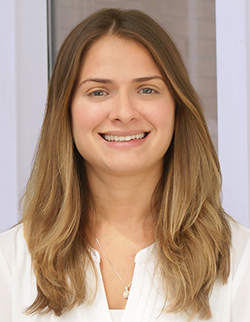