I first realized that I was sick in April, 2015, but I didn’t know what was wrong. My general practitioner told me I had a virus and sent me home. When I started showing more worrisome symptoms, my sister-in-law, who is a physician, advised me to go directly to a rheumatologist. I was diagnosed with lupus. Not knowing anything about the disease, I only felt glad to have a diagnosis, and was looking forward to taking a pill and being cured. Of course, the situation was anything but that simple. Close friends had more experience with lupus, and through a connection to the Lupus Research Alliance, I was introduced to HSS. I began seeing Dr. Fernandez, a wonderful, very accomplished and competent physician.

As we started to try to get control of the lupus, things seemed to worsen. My life became smaller and smaller, as I could only do one thing a day, and that was work. Things came to a crisis point when I suffered a stroke while at work. I was rushed to the hospital where I was given the best care under circumstances where I could have died. When I awoke a day later, I was surrounded with my support network, my beloved father and closest friends, and my wonderful medical team, including Dr. Fernandez. I had realized as I lay in the hospital recuperating that I was not afraid of dying, but was afraid of not living, so when Dr. Fernandez offered me the opportunity to participate in a trial of a new lupus medication, I eagerly accepted.

Dr. Kirou, who is the principal investigator on this drug trial, then became my rheumatologist. During many of my early appointments with him, I was deeply sad. I credit him with helping me understand that my sadness went beyond normal, and I accepted medical treatment for depression. At this time, I also had a consult visit with Dr. Sammaritano, another HSS rheumatologist. A year prior, I had been told by an OB/GYN that I could not have children because of lupus. Dr. Sammaritano told me that the information I had been given was not true, and that lupus would not stop me from having a family. Her information was a game changer for me, as it lifted a great sorrow and tremendous feelings of guilt. She also bolstered me up by telling me to give the new trial drug a chance to work. So while it did not work in the first few months, I stayed the course, and eventually I started feeling better. I went from 180 straight days of pain, to a realization that I should be counting my pain-free days instead!

Oddly, lupus has made me so grateful. My relationship with my father has deepened. The people I thought would show up for me actually did, confirming my faith in them. Lupus showed me how strong I could be. With the successful treatment that I have received at HSS, I now feel that I can handle anything that will come my way. I feel very grateful that I was connected to the doctors at HSS. And Dr. Kirou gave me hope that if one treatment did not work for me, there would be another that we would try until I felt better. 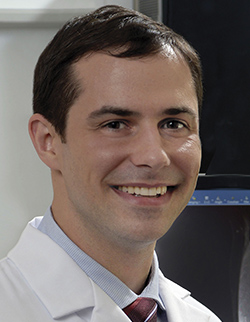