I had broken my wrist one year earlier. It healed, but the radius stopped growing and the ulna continued to grow, which caused pain, and limited my mobility.

I was crushed when my wrist was healing and then again when I found out it needed to be operated on. As a rock climber and wrestler, my wrist and grip strength are really important. I work really hard at keeping my arms strong, and taking time off for healing bones and surgeries is harder than the pain of injury.

Dr. Trehan did the surgery in early September. I was back to rock climbing in November, and wrestling in December. In January, I was able to do my first one arm pull-up with each arm - even the one that was operated on. 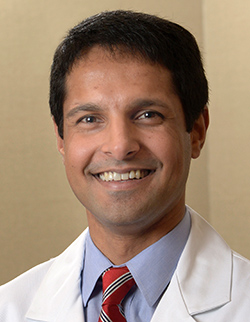