In Spring 2016, I started to experience sacroiliac (SI) joint discomfort on my left side. I wrote it off as a result of having a desk job until I suffered a handful of groin injuries running and cycling throughout the following summer: something that was never an issue for me. After having seen a few doctors, knowing that I’d been misdiagnosed, I decided to meet with a physiatrist who, upon physical examination, knew exactly what I was dealing with and recommended that I see Dr. Kelly at HSS.

In Autumn/Winter 2016, I had staged bilateral hip scopes, about six weeks apart. Dr. Kelly reshaped both of my femoral heads and debrided the labrums on either side, and electing to have these surgeries is by and large the best decision I could’ve made concerning my health.

Following surgery, I met with Terrance at Sports Rehab twice a week, and I’m forever indebted to have been under his care because he’s the sole reason I’m able to perform better than the level I was at prior to the discomfort of hip impingement even began to surface.

A few months after getting cleared to cycle again, I flipped my handlebars after getting cut off by a car in Manhattan, with my wrists breaking my fall. Once again, I was misdiagnosed, and after having ridden 100+ miles on broken wrists, I decided to see Dr. Osei, who was able to tell me exactly what was going on before he’d even sent me for imaging: bilateral wrist fracture, hook of the hamate and scaphoid. Luckily, neither were displaced, and he was able to treat me non-operatively.

And so with two broken wrists, Terrance had to restructure my plan in order to accommodate, and in less than two months' time, I began occupational therapy across the street with Emily at the Hand Therapy Center. Much to my surprise, my hands looked as if they’d come out of coffins once the casts were removed, but yet Emily was able to get me back to normal within two short months.

For orthopedics, the level of skill at HSS is unparalleled, and I couldn’t imagine not having this hospital — or these people — right in my backyard. I’ve been very fortunate to have been under their care, and I’m sure that my 60-year-old self will share the same sentiment, though I’m sure I’ll be back long before then. ;) 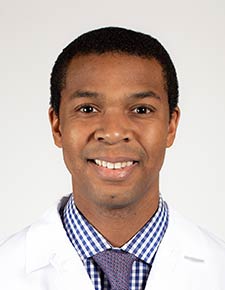