Early in 2017 I herniated my L5-S1 disc. I had already received two opinions before I saw Dr. Wyss. Both those doctors wanted to perform surgery and wanted me to quit my new passion Brazilian jiu-jitsu.

Dr. Wyss was the only doctor that believed I didn’t need surgery right away. He saw my condition and believed I could rehab it. While working with physical therapist Hector Lozada, I took a 6 month break from jiu-jitsu and built up my strength and flexibility.

After that timespan without surgery, I was back on the mat and awarded a blue belt a couple months later. 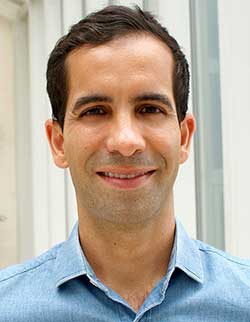