I play ice hockey as a recreational sport. I had been hoping to play the sport to age 70. However, in March of 2018, a few months away from my 70th birthday, I suffered a herniated disc between my L5 and S1 vertebrae. (This occurred as I was leaving the locker room AFTER a hockey game at Chelsea Piers Sky Rink in Manhattan.)

The pain was intense and the nerves in my left leg were severely affected. I was virtually immobilized during the 2 and a half weeks it took to schedule and have surgery performed.

In early April, Dr. Qureshi performed a discectomy. Within days, most of the back pain was gone. The leg, however, remained weakened and numb. Nonetheless, Dr. Qureshi predicted I would be playing ice hockey again in 10 weeks or so.

I began physical therapy with a PT who sort of rolled her eyes when she heard the doctor's prediction, cautioning me that it might take a while longer. We worked hard two days a week - and the other days on my own at home - at strengthening the leg and reducing lingering back, leg and foot pain.

By November, I began skating and playing a relaxed pickup-style game of hockey once a week at Riverbank State Park. By winter's end, I was up to playing three times a week. In April, I returned to competitive play in the recreational league at Chelsea Piers where the injury took place a year earlier.

Now, with my 71st birthday two months away, I am thrilled to be Back in the Game I love, thanks to HSS and Integrative Spine and Sports' physical therapists. 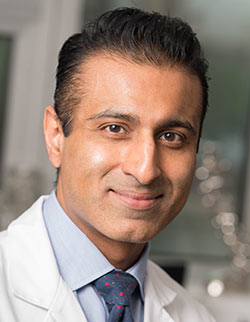