I am very familiar with HSS having had two hip replacements done 18 and 16 years ago. At the time of surgery 18 years ago, I was told that the artificial hip would last around 18-20 years. At year 18 I began having pain in my hip and did not have a normal gait. After not enjoying my vacation of bike riding and walking on the beach in October of 2017, I knew it was time for hip revision surgery. Living in Stamford and knowing that HSS has its own floor and operating room at Stamford Hospital, I wanted a Stamford-based surgeon. My wife reached out to a friend and we found Dr. Bradford Waddell. After my initial appointment in November 2017, I knew I was in great hands. Dr. Waddell said "I love to do hip revisions". The HSS floor at Stamford Hospital was not doing hip revision surgery yet, so the surgery was to be done at HSS in New York. We set the surgery up for January 2018 but due to extreme pain, Dr. Waddell and his office manager, Viviane, were able to move the surgery up to Monday, December 18. From the pre-op appointments and admission to the hospital, it was all seamless thanks to his detail oriented and caring office manager, Viviane. After five hours of surgery on Monday (ending late in the day) I spent Tuesday in the hospital walking primarily with a walker and some cane and practicing stair climbing. On Wednesday, the second post-op day, Dr. Waddell arrived at 6am and allowed me to go home. Amazing! At three months, I am back to full time work and walking 2 miles and no pain! The staff at HSS are awesome! Dr. Waddell is a skilled, warming and caring surgeon! I am thankful to have had this hip revision done by Dr. Waddell and will not wait so long to have the other hip revised. 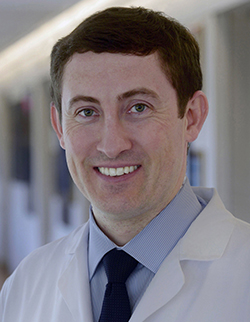