I quickly began researching hips, hospitals and surgeons and interviewed 3 top surgeons at 2 top area hospitals. Two said I'd play tennis again, but not singles, and the third said "maybe" singles. Then a friend suggested I try HSS which I didn't know.

After researching HSS and its surgeons I met with Dr. McLawhorn because he'd successfully treated many athletes using his anterior approach. He confidently explained that, based on that approach with the tech advances in artificial joints, he saw no reason I couldn't be playing singles, in time, after surgery. Clearly, I'd found my surgeon.

It's now 2 months post-surgery and I've been walking or hiking a mile a day for a month with no pain or discomfort. Recently, I've added push-ups, squats, and lunges to my workout routine. In one more month I'm told I can get back on the court to begin non-competitive tennis which was a surprisingly great thing to hear. But I've been working well with my PT who says I'm showing faster recovery that most.

While I can't say now how well I'll eventually play, I do know I'll be playing singles again and definitely better than I was the 6 to 12 months pre-surgery when the arthritis was definitely affecting my game.

Thank you HSS and Dr. McLawhorn! 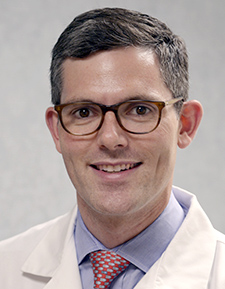