On May 6, 2011, I tripped and fell on uneven pavement. I took the fall largely on my right side, and completely avulsed my right hamstring proximally. I was fortunate enough to get an appointment shortly thereafter with Dr. Robert Marx. When he evaluated my MRI and examined me, he recommended surgery to reattach the hamstring, pointing out that it could be a challenging recovery, involving a hip-to-ankle brace over the course of eight weeks, and no opportunity actually to sit in a chair. He urged me to act, though, since this was a time-critical injury which could result in nerve involvement if not addressed promptly.

I awoke from surgery on the late afternoon of May 11th at HSS. Dr. Marx was encouraging and enthusiastic about my prospects, reporting that he had managed to accomplish an entirely successful reattachment with no nerve involvement, no problems. That sounded good, but at that point I was immobilized and facing a challenging process!

The next stop on my road to recovery was at the Sports Medicine PT unit at HSS, where Jessica Hettler's genial and thorough tyranny moved me along. On the first day I was there I attracted the attention of the PT staff there as if a unicorn had entered the premises, since I gather this is not all that common an injury. They kidded me about supposedly not having undergone the surgery I was reporting, since Dr. Marx's incision was so mysteriously small! Little by little, things improved. Jessica is the most energetic, supportive and multi-tasking professional imaginable, unfailingly encouraging.

By the week of the 4th of the July, things had greatly improved. During an appointment with Dr. Marx I asked, "How long will it be until I can sit in a chair?" He replied, "How long will it take you to get from the exam table to that chair over there?" Sitting never felt better!

The injury produced an odd and unexpected symptom - transient pain on the sole of my right foot. I was so overjoyed to be returning gradually to normal, though, that it didn't seem like much. Over a long period of time - 18 months or so - that completely abated.

I would guess that my repaired hamstring is stronger than the other at this point. I have absolutely no symptoms associated with the problem, and no restrictions whatsoever. Only laziness holds me back from running as long or as fast as I'm capable.

Dr. Marx is also a great guy. He was totally accessible throughout the course of my recovery. He was a sort of shamanistic presence to me, since what he accomplished seemed so magical...he changed my life.

I cannot imagine going anywhere other than HSS with a serious orthopedic problem. 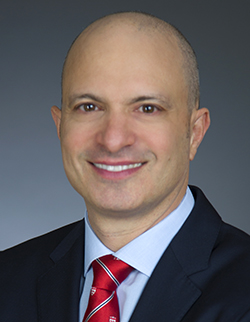 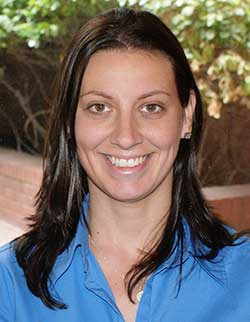