Captain John (Jack) Langford spent his entire life selflessly in service to others and his country. His Back in the Game story is the result of two outstanding HSS physicians.

After graduating from the United States Naval Academy, Capt. Jack spent over 30 years as a naval aviator. Those years included two harrowing tours in Vietnam. He successfully completed these missions and saved countless lives of his fellow Americans.

While becoming a busy commercial airline pilot after retiring from active duty, the years of service and flying took their toll. After retirement from Pan Am and Delta Airlines, Capt. Jack started to show signs of dementia and post traumatic stress disorder (PTSD). Luckily, he has been under the care of neurologist, Dr. Martin Goldstein. Dr. Goldstein has successfully managed his progressive dementia and PTSD symptoms in a way that allows him to thrive. Capt. Jack loves spending time with his wife, children, grandchildren and cats. He even still actively works in his wife’s real estate business. Though his most celebrated activity is his travel.

Throughout the years under Dr. Goldstein’s care, he has been able to take many trips to Europe and St. Marten. His bi-annual trip to St. Marten is his most anticipated activity of his year. When his walking started to deteriorate last Spring, it was alarming and progressive. By the early summer Capt. Jack was not able to walk across the room and was in obvious pain (despite never complaining). His family worried his beloved trip of the year was now in question. With the help of Dr. David Helfet, he landed into the talented hands of Dr. Alejandro Gonzalez Della Valle.

Dr. Delle Valle had no qualms about going forward with his much needed hip replacement on August 4, 2021. He was confident, but realistic of the risks involved given his age and dementia. Drs. Della Valle and Goldstein could not have collaborated any better. They developed a plan for anesthesia and ensured that Capt. Jack had a seamless surgery. Most of all, they both treated and saw him as the man he once was, with such professionally allowing him dignity navigating surgery at his age seamlessly.

We are so thrilled to report that Capt. Jack was able to WALK on to the plane and is in St. Marten enjoying himself. Most importantly, he suffered no cognitive decline as a result of the surgery. Drs. Della Valle and Goldstein are two of the very best and Capt. Jack would not be Back in the Game without them. 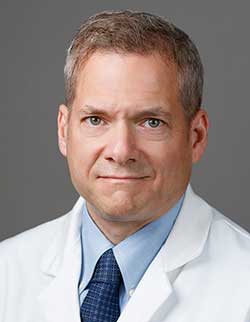