It has been more than three months since you performed total hip replacement/revision surgery on my right hip on November 22nd, and I believe it is no longer premature to express my profound gratitude for the quality of care I received and the superb outcome. I am grateful to you of course, but also to your colleagues: Drs. Soffin, Henry, and Yu; and Joy Buechler, your nurse practitioner is very special.

To fully appreciate my current state of mind, you need to consider my surgical journey and outcomes. In June 2013, I underwent total hip replacement surgery in South Florida. The physician and hospital both held themselves out as high performing. The surgery was performed on a Monday and I was discharged on Wednesday. That first weekend I walked more than five miles and I returned to work (albeit on a reduced schedule) the following Monday. If the story ended there, I could have been a poster boy and offered testimonials. Unfortunately, almost two years later to the day, I started to have concerning symptoms - the incision line was red, slightly inflamed and warm to the touch. I returned to the original physician, who examined the wound and arranged to have an aspiration of the joint. After some uncertainty about the lab results, he scheduled me for emergency surgery the next day in June 2015. A mini revision was performed to replace the ball and liner. I also had a PICC line for six weeks administering twice daily prescriptions of antibiotics. That was followed by orally administered antibiotic. In summer 2016, my symptoms returned and the original physician then encouraged me to undergo a two-stage revision. He also said at that time that he would have to cut my femur to extract the implanted post. I subsequently spoke to other physicians to gain more information. Disheartened by my medical condition and the conflicting information I received, I turned to HSS. Tanya Mercado, the HSS Florida liaison, scheduled an appointment with you in New York City in January 2017. That appointment included x-rays, examination by you and a physician assistant along with an MRI that evening. Two days later on a Saturday afternoon you telephoned me from your home to review the MRI results. The infection was confirmed and we discussed surgery in May 2017 to accommodate my vacation plans. Inexplicably, the symptoms of my infection subsequently seemed to disappear and we cancelled the surgery. At no time did you push me to have surgery. You put my medical/emotional needs first and said that you would be there for me as necessary.

My infection symptoms returned in Spring 2019. I traveled to your New York office and was examined on June 14th by you, Dr. Henry and Joy. We discussed surgical revision and you advised that I would be eligible for a one-stage procedure. You also advised of an ultrasound technology (referred to as OSCAR, its acronym) that if successful would allow you to non-surgically extract the stem from my femur. I returned to HSS on July 24 for an aspiration of the hip joint, and again on November 6th for my pre-op exams. The surgery was performed on Friday, November 22nd. After six weeks it was clear that I was on the road to recovery. After eight weeks, I felt almost totally recovered with no restrictions on any daily activities, including exercise.

When I evaluate my experience at HSS in relation to my previous experiences in South Florida, it is clear that HSS stands head and shoulders above:

* Every aspect of my care, including all professional interventions were under HSS control and under one roof. This was especially clear with my pre-op exam. From my perspective, integrated care is vastly superior.

* Your imaging protocols are thorough and conclusive. For example, at HSS I had two MRIs; in South Florida, none.

* HSS promptly determined that I had a staph infection. The South Florida hospital never isolated it.

* Dr. Soffin introduced herself prior to my operation. When I awakened after the surgery, she greeted me with a warm smile and caring manner. When I asked her how long the surgery took, she told me 5+ hours. I said, “You really work hard.” She responded, “Yes, but we love what we do.” In South Florida, I don’t recall meeting my anesthesiologist. Instead I recall being given some releases to sign when I was about to be brought to the OR. I subsequently learned that my anesthesiologist was out of network and I was personally responsible for the charges.

* The HSS nurses and physical therapists were fully engaged.

* I have received a number of telephone calls from HSS staff to track my recuperation.

* I extensively used the HSS portal to address my concerns and raise any questions I had. You and your colleagues responded to every one within a day. In one case, you personally telephoned me to glean the facts.

* I always felt that the patient’s well-being was your transcending goal.

In conclusion, you and the HSS team are very special. I have shared my experience with friends. Notwithstanding HSS’ recent implementation of a Florida-based practice, the quality of care I received and my results easily justify the slight inconvenience and expense of travelling to New York for my orthopedic needs. Thank you times 10! 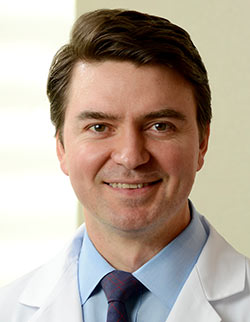