I am an active and athletic 60-something women.

In mid-April, 2020, I was in a bicycle accident and fell hard on my left shoulder. I was taken by ambulance to NY Presbyterian Hospital where I had x-rays done, diagnosed with a broken left clavicle, released, and given the name of Dr. DiFelice, a trauma surgeon at Hospital for Special Surgery (HSS).

New York City was at the height of the pandemic and most surgeons had left the city. Dr. DiFelice was one of a handful of doctors who stayed and operated throughout this terrible time.

Dr. DiFelice had planned to use a metal plate and screws to align the two clavicle fragments, as one fragment was higher due to torn tendons. During surgery, he determined that a plate and screws were too large for my body, so he used two surgical “buttons” that served to align the two parts of my clavicle. He changed what might have been major surgery to a much less invasive operation.

Throughout the next four months, Dr. DiFelice took time to review all aspects of my surgery and rehabilitation to ensure my full understanding. During one visit, he even showed me a video of a shoulder operation using plates and screws!

I am now four months past surgery and I am about 90% back to full range of motion in my left arm and shoulder. I am now back on my bike.

I cannot recommend any doctor I have had more highly than Dr. DiFelice. I thank him from the bottom of my heart for his expertise and for being there for me during the pandemic. I also wish to thank his physician assistant, Robert O’Brien, my physical therapist, Laurey Lou, and all of the HSS staff for their fantastic treatment and service. 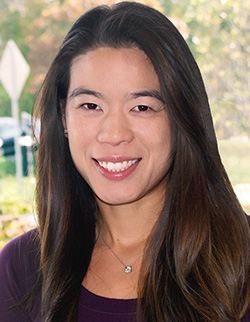