Let me start off by saying that HSS is an incredible and amazing hospital. The doctors, staff, and nurses there are so helpful, genuine and kind. The way my son was treated as well as myself left me so grateful.

The way that we ended up at HSS was due to a referral from Edwin's pediatrician. I told her that if it wasn't for her I would have never met an amazing team of people and experience what we did. I am grateful to her as well. Edwin started off with pain in his left leg and knee and because of those symptoms I thought that it was just growing pains, but as time progressed so did the pain. Every day it would get worse, especially at night, which led to sleepless nights because of how much he would cry from the pain. His pediatrician ended up taking x-rays of his leg and came back with the results. She called me and told me that there was something abnormal in the x-ray and that she would refer me to a specialist that would be able to help me get my answers as to what was causing my little guy this pain. And that is when I was referred to HSS and made my appointment.

We went to our appointment and as soon as I stepped in I was greeted and treated so great by the front desk staff. The nurses that work with Dr. Fabricant were wonderful and so kind, may God keep blessing them. We then met Dr. Fabricant and as soon as he spoke to us and took a look at Edwin I knew that we were in the right place and hands. He took x-rays of his leg and we left. We then went back for our follow-up which was where I got the answers I was looking for. Dr. Fabricant told me that Edwin had what was called Osteoid Osteoma, which was a benign tumor in his leg. I felt like a ton of bricks hit me, because what parent would want to hear anything like that? He told me what would be done in order to solve this, and decided that instead of making a big incision they would make a little hole from the CT ablation that was going to be done. A CT ablation is when Dr. Fabricant, a radiologist and a pain and management team place a probe into the leg and burn the nucleus so that the tumor can stop growing and he can then heal on his own. Boy did he heal quick.

The day of the minor procedure he was indeed in a lot of pain but the next day it was as if nothing had happened, as if he hadn't gone through anything the day before. He was running with his brother, his dog, jumping around just like before all of this. I was amazed and literally with a wide opened mouth because I was amazed at how successful it all was. Edwin just turned 4 on August 9th, and we celebrated his birthday at the park, he ran like never before.

I never had a doubt in my mind that this wouldn't work. I knew that God had placed this hospital in our life for a reason. Dr. Fabricant, the nurses, and staff are a God-given gift. The fact that Edwin walks and jumps around like normal again without limping gives me such joy. He is pain-free. Dr. Fabricant is such an amazing doctor, kind, humble, genuine, knowledgeable and helpful. If it wasn't for him Edwin would probably still be in pain and me without answers. Thank you for giving me my Edwin back, he is now the little toddler that would run and jump without crying, that walks without limping, he is back to his normal active self. This is all because of Dr. Fabricant and his team. May God keep blessing you doctor as well as your team because without you all I wouldn't know where we would be at right now. I appreciate you beyond words and will forever be grateful. Thank you so much. 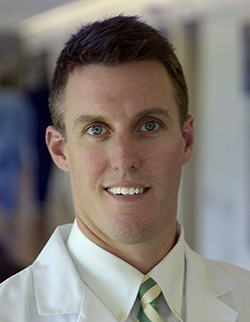