I first noticed pain in my lower back and down my right leg in February 2019. I went to a physiatrist, who misdiagnosed me and had me doing exercises that only made the pain worse. When I finally got an MRI, it turned out I had a herniated disc. I had been trying to explain how I felt, the enormous pain I was in but neither my first physiatrist nor my second listened. I am a writer and during this time I had a book coming out. The pain was so pronounced that I could not sit at all, and had to stand from the moment I got out of bed till when I lay down to sleep at night. I could only sleep on my back with pillows under my knees and after taking a lot of pain relievers. I had to travel some to promote the book. On a flight to Seattle I iced my back so continuously the skin became raw and I got frostbite. After that I canceled all my other speaking engagements. I was in too much pain to fly. Or even sit. I have always been a very active person. I run, do yoga and open water swimming. As a New Yorker I walk everywhere. Now I was immobile.

I had three steroid shots. None of them worked for more than a few days. After the last one, I was in Port Authority hoping to catch a bus to my house upstate when I fainted and broke my ankle. The boot I was given made the back problems even worse and more painful. I could not straighten up without pain shooting down my leg like fire. I had to walk bent over. The pain was worse at night. When I had to get up to go to the bathroom, I felt I might pass out at times from the pain. At the end of August 2019 I went into see Dr. Press the chief of physiatry at HSS. He immediately said I should see an HSS spine surgeon and he got me an appointment for the following Monday. He looked at my x-rays carefully and explained that my kind of herniated disc could not be fixed with physically therapy alone. There was pressure on a nerve root. Because I was in so much pain, the surgery was planned for the next week. My surgeon called me the Sunday before my surgery and told me what would happen and how I could prepare. I was afraid when I first got to HSS at 6 in the morning on the day of my surgery. But in pre-op the nurses where kind and my surgeon came over to speak with me and explain what was going to happen to my body. Being wheeled into the expansive surgery room with the big screens on the walls was surreal. As I went under I saw my surgeon come in and join his team.

In post-op my surgeon came to see me not once but three different times as I gained consciousness. I realized I did not feel any pain in my back or leg. It is hard to express what it means to be out from under pain like that. I cried with relief. During the first weekend of recovery at home he called me each day and as I recovered he’d call me every Friday. I don’t think I have ever felt as cared for by a doctor. His voice on the phone was friendly and supportive. Soon I was ready for physical therapy. My HSS PT Hannah Solomon, helped me get strong. Even stronger than I was before the surgery. In January I was invited to a writer’s festival in Australia. I was very worried about the long flight and talked it through with my surgeon. He said he thought I could do it as long as I had a seat that could recline flat. He reassured me. The flight turned out to be no problem at all. And I was able thanks to him to give a reading at the Sydney Opera House. 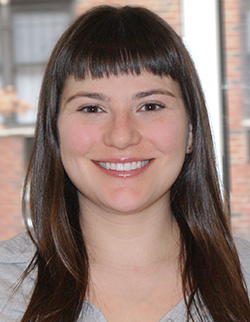