My story began on March 29, 2017 with a simple fall in my garage resulting in a broken hip. My local orthopedic surgeon replaced the hip joint with a prosthesis on the same day. I subsequently had two further replacement surgeries due to dislocations and two additional replacement surgeries due to infection followed by a fifth surgery to remove the hip joint due to severe uncontrollable infection.

After originally being told that I would be able to walk without the hip joint, I later found out that this was not the case and I would most likely be wheelchair bound for the remainder of my life. I was both shocked and upset by this fact. After some time, I decided to begin internet searches to determine if there were any other options available to me. I finally came upon the HSS site and made a call to the Stamford Outpatient Center. Right from the original telephone operator that took my call to the all of the other HSS staff both in Stamford and New York City, I have never met a more personable, dedicated and caring staff.

I was referred to an HSS hip and knee surgeon. After an initial meeting with him, I was encouraged to find out that he felt that surgery was available that would most likely allow me to walk again. I had the very successful surgery on January 29, 2018 and am thrilled to be able to say that as of today, June 15, 2018, I am walking very well with a walker while continuing physical therapy. I fully plan to be able to drive again within a few weeks and possibly even walk with a cane in the very near future.

Again, I cannot say enough about my experience at HSS and with my surgeon in particular. He is not only a superior surgeon but a true gentlemen as well. 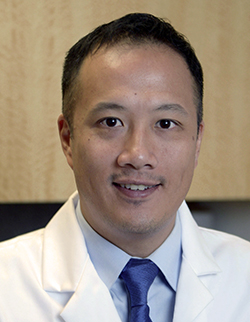