During the summer after my junior year of high school, I suffered an unexplained injury to my collarbone while training for my last year of high school tennis. For weeks, every time that I would lift my arm above my head, my collarbone would disconnect from the joint and create a "pop" like feeling that was incredibly uncomfortable. As weeks turned into months, the "popping" became severe, and the uncomfortable feeling turned into incredible pain. I sought care from several doctors while this was happening such as my primary care and orthopedic physicians, but no one seemed to know what my condition was or how to go about fixing it. The easiest of everyday tasks became very difficult to complete, such as washing my hair or grabbing a cup from above the sink. My arm became completely useless. After several more months of extreme pain, my arm was beginning to go numb and throb all the way down to my fingertips, it was at this point that I knew I needed so see another doctor. My next step was to go to a shoulder specialist. The shoulder specialist described my condition as a "sternoclavicular joint dislocation". He said that this was a very severe condition that he has only seen a handful of times in his several decades of care. I will never forget the words that came out of his mouth that day. "You will most likely never play tennis again if I am to repair your collarbone" he said. It was at this point that I was completely hopeless. My family and I were left looking for answers to fix my condition and we felt as if there were no options left. I truly believed that my dream of playing college tennis was over. Finally, we discovered Hospital For Special Surgery and were able to get an appointment with Dr. David Altchek. He explained to me that my condition was very severe and it would need to get operated on as soon as possible. He also explained to me that he had the utmost confidence that I could return to playing tennis with completely normal arm function. Within a month I had a successful surgery and the road to recovery began. It was a long and difficult recovery process but Rob DiGiacomo and his rehabilitation team at HSS helped me every step of the way. Slowly but surely, my dream of playing college tennis was becoming a reality. Late in the recovery process I developed Thoracic Outlet Syndrome and I worked with the HSS team for several more months to subdue many of the symptoms and improve my strength. Without the selfless acts from everyone at HSS, I do not know how I would have recovered. Less than two years later, I am in my second season as a Division III tennis player. I am forever grateful to Dr. David Altchek and the rest of the HSS team for everything they have done to bring normalcy back into my life. Thank you, Hospital For Special Surgery for giving me my passion and my life back, and most importantly, getting me back in the game. 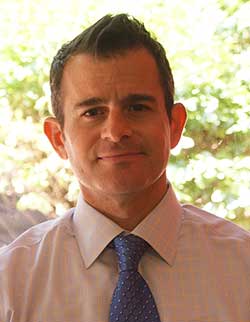