I had right arm Tommy John surgery with Dr. Altchek in October 2016 followed by right shoulder labrum surgery in December 2016. With Dr. Cordasco, I had left rotator cuff surgery 2 months later in February. I was an avid athlete prior to the surgeries. However, my performance significantly deteriorated due to the injuries. I visited several surgeons who suggested PT only, but told me that I would never regain my previous level of performance. Dr. Altchek was firm in his commitment that because I was in good shape to begin with and my determination that I could be as good as I was before. Dr. Cordasco felt the same way with my left arm and in that way I had surgeons who performed on both the Yankees & Mets. I thought that was fair!

After the surgeries I went through PT with Terrance Sgroi, who let me know that I needed to go through 3 levels of recovery. Flexibility and strength were fairly obvious, but it was the 3rd item that surprised me the most: muscle memory. He told me that with the repairs my arms needed to relearn the basics on how to perform basic athletic items. How true! In early June 2017 I attempted what I thought would be an easy activity - cornhole. It was so surprising and very frustrating that I couldn't throw the bag where I wanted. I spent hours trying and even though I thought I was throwing it to a certain spot, it was always off a little.

In the winter of 2018 I joined a beginners curling league. While not the most challenging athletically it still requires coordination and accuracy. My improvement from week to week was very good and my team won the championship with me progressing to the "skip" during the playoffs. My primary sport is baseball, where I am a pitcher & catcher. I finally was able to throw a baseball with great difficulty (60'6") in July 2017 and kept up a throwing regimen through 2017 progressing to 120". In the spring of 2018 I started my own 25+ team in Buffalo as well as playing on a 35+ team. I threw batting practice to regain strength, but my season was tough as I wasn't able to pitch or catch at my desired level. However, I kept progressing and I was able to start throwing out base runners by the end of the summer season and my pitching continued to improve. It peaked in a tournament in Cooperstown where I pitched a shutout.

I also participate in beach volleyball and after playing in the summer in a bar league, I played in a 4 person coed tournament in Brooklyn where we won the championship. Finally, I also participate in Spartan obstacle races. I participated in 3 during the course of 2018 prior to the culmination of completing the Ultra Beast race in Spartanburg, SC in November which was a 26.2 mile race with over 60+ obstacles. That completed my Grand Slam of Sports in 2018 - Beginners Curling Championship in Buffalo, Pitched Shutout in Cooperstown, Won Beach Volleyball Tournament in Brooklyn, and completed Ultra Beast Spartan Obstacle Course Race in Spartanburg, SC.

In addition to the above, I am an avid kayaker, participate in basketball, swimming, tennis, bowling and Frisbee golf. I think what is most satisfying is that most of the sports are with people much younger than I am and I am performing at levels equal or better than them at age 55. Even with that said, I have a lot of optimism that I can keep getting better as I feel my arm strength is still not where it can be. Each workout I feel I am getting stronger and my throwing regimen has continued to improve the distance I can throw as well as the speed. The great Satchel Paige once said "How old would you be if you didn't know hold you were?" 29 and getting younger every day sounds about right to me. 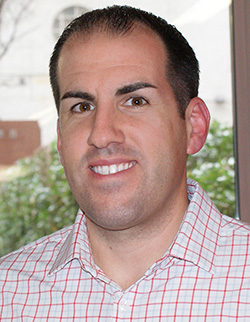