In November of 2016, after playing basketball for 20 years of my life, I experienced my first real injury. As a college junior shooting guard, I was driving baseline to get to the basket and boom, my season was over. I tore my ACL and meniscus in my right knee. After having a father who has torn one and a sister who has torn two, I thought I was untouchable and that this could never happen to me. When I went down, I instantly knew what had happened. After doing a lot of research on where I should go in order to be able to recover and play basketball again, I knew HSS and Doctor Allen were right for me. My sister had not had the best experience with her surgeons (not at HSS) and I wanted to ensure I would recover properly. After a long and tough year of rehab, in October of 2017 I was ready to step foot on the court again. Unfortunately, just two short months later on December 6, 2017, I tore my left ACL and meniscus. I was going for a breakaway layup and went up off of two legs and ended up on the ground in excruciating pain. Again, I knew exactly what happened. Fortunately, I was able to take a red-shirt year and had another opportunity to get back on the court. Now it is October of 2018 and I just completed my first week of practice back on the court. I am so excited about the upcoming season and am so thankful for the care of Doctor Allen, Theresa and Jamie for helping me every step of the way. Without them, I would not be confident enough to get back on the court and play the game I love so much! 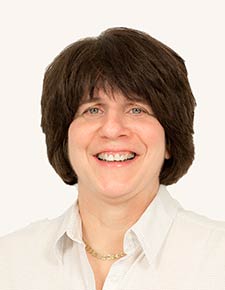 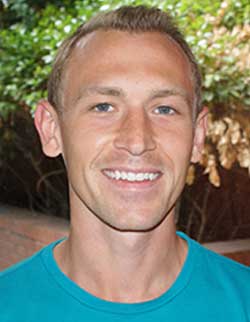